Lately, I’ve been dwelling back and forth about where I draw the line when engaging in different social customs while traveling. For the past two and a half years my eating habits have gradually evolved from pescatarian to vegetarian to vegan. When bouncing around this is not always easy to maintain. Especially not in a country where responses to me saying I’m vegetarian include “don’t worry, we have chicken” or “is that in Europe?”.

Is killing an animal that’s lived a life in the wild the same as killing one that’s lived its whole life enslaved in an agricultural prison? I don’t know.

I’ve been loosening my habits a bit eating eggs and occasionally dairy as I’ve been staying in places where I can glance over at the chicken or cows freely prancing around going about their day (and at times, they are quite busy). I don’t see a problem with this. But I encountered a moral dilemma when I was invited to dinner with a family who did not have much money. Zero in fact. Wild hare was on the menu. I ate it but not without conflicting emotions. Again, where do we draw the line? The scale can very quickly tip into the disrespectful space.

This kept gnawing at me as I was also invited to a bull fighting show. I’d never been to one and thought to myself it’d be good to see and better understand it before starting to develop too strong feelings about it.

The bull had a red band fastened to its forehead with the equivalent of 10 USD snapped underneath. The goal for the fighters is to retrieve the money and thereby end the game. Oh, but low and behold, this is only done after the fighters indulge in 4-5 cans of beer. Dangerous doesn’t even begin to describe it and accidents happen frequently. 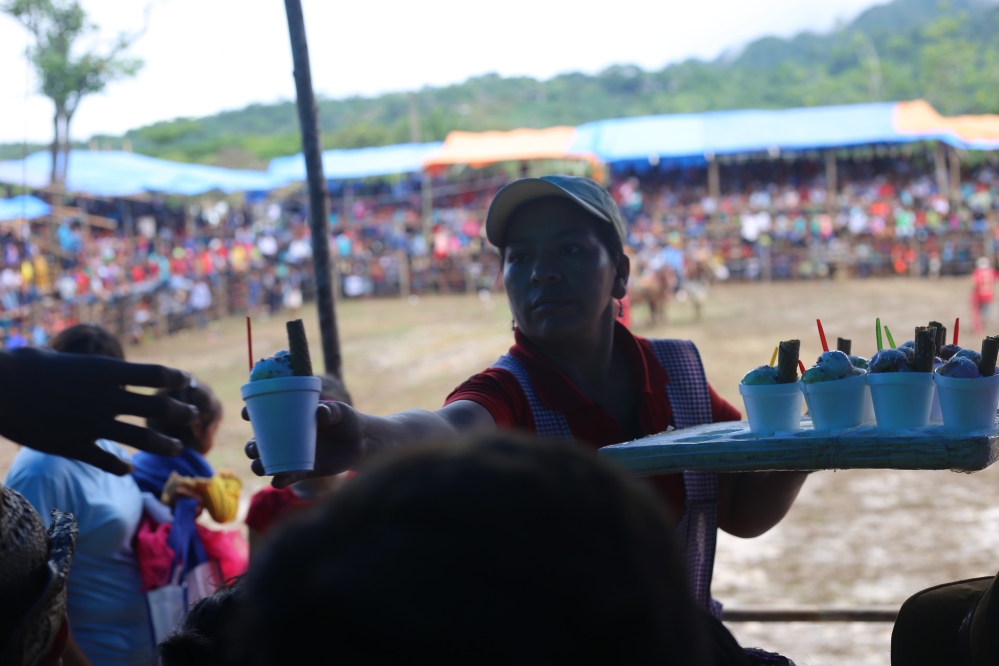 Again, a moral dilemma. I could see the stress and confusion in the bulls’ eyes and was very uncomfortable the whole time before deciding to leave.

Should I not have went? Turned down the invitation? Explained why I’m opposed to this? Was it egoistic of me to go just to “experience and understand more of said culture” or as to not be disrespectful toward the invitation? Maybe. I don’t know. But what I do know though is that it won’t be a repeat. Once was enough.